Employers should be aware that varying an employee’s duties and responsibilities may have the effect of repudiating the employment contract, particularly if it materially impacts on the employee’s status within the organisation or industry.

In a recent decision, a judge found that a company’s executive chairman, who had hired an executive, in effect, in the same position as an existing executive, had repudiated the latter’s employment contract.

Apart from identifying the title of his position, the latter’s employment contract provided no specific detail about his role within the firm. The judge noted that repudiation may refer to conduct which “evinces an unwillingness or an inability to render substantial performance of the contract”.

The well-recognised test for repudiation is whether, objectively, the conduct of one party is such as to convey to a reasonable person, in the situation of the other party, renunciation either of the contract as a whole or of a fundamental obligation under it.

There are circumstances where a considerable change in the nature of an employee’s duties may not amount to a repudiation. The circumstances of a particular case may permit a degree of flexibility in approach. 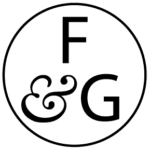